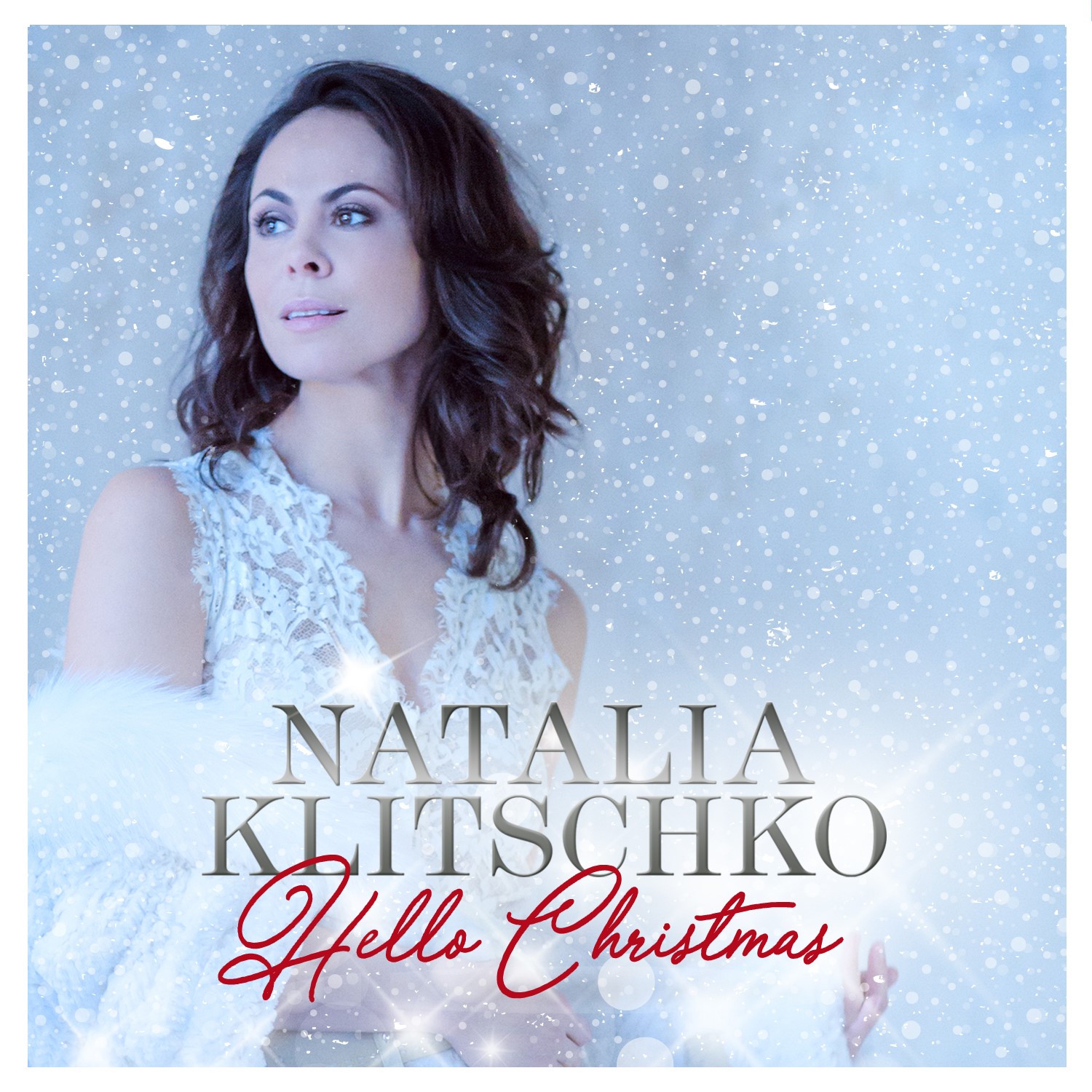 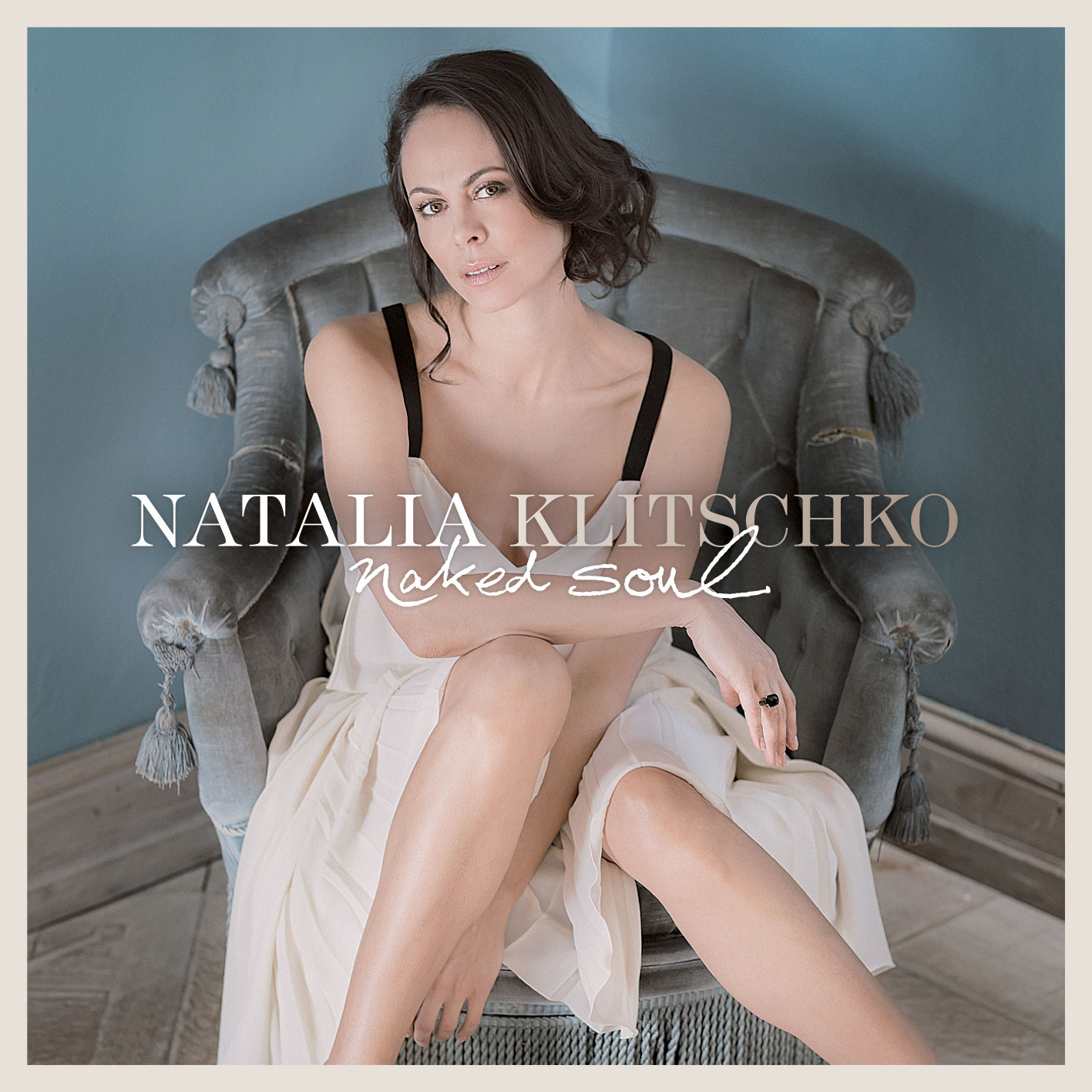 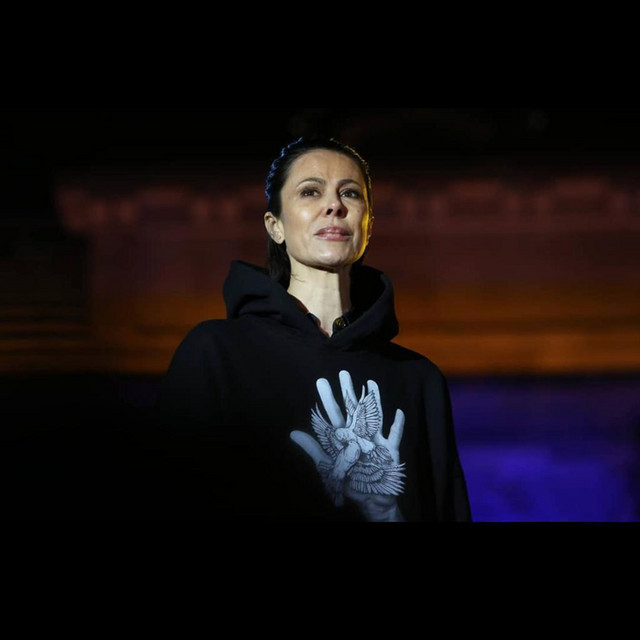 „My soul decides, which language I sing in,“ Natalia Klitschko says. “Mostly that’s Russian or Ukrainian. How else could it be? Russian was the language we used to speak in school every day and my deepest roots are Ukrainian – just like the folk songs we used to sing at home.”

Meanwhile, Natalia Klitschko does not sing folk songs anymore, at least not on her debut album “Naked Soul.” She performs her own songs, co-written with her musical companion, composer and pianist Oliver Grenville, recorded in the Capellmeister-Studios at the gates of Hamburg by Peter Hoffmann, one of Germany’s most renowned producers. Even though the track titles are English, with regard to her fellow campaigners, the languages remain her mother tongues. “Nobody in the studio could understand my lyrics, but that circumstance did not only cost energy, it provided a special kind of vigor to the recordings: I was forced to descend deep into the feelings behind the words, to express them just through the sound of my voice alone. In retrospect, it reminds me of my youth: Back then, we used to sing, love, laugh and cry to western music – to lyrics we didn’t understand. But we still felt what they were about. When the soul is singing, language becomes less important.”

Sometimes powerful, often almost whispering, always very close to the listener’s ear: Natalia’s voice clearly reveals something intimate without the need for superfluous words. She is supported by a small, mostly acoustic and very variable ensemble, that sensitively provides a foundation for her voice, from the joyful “Under The Rain” to “Let Me Go”, the only album track sung in English, an almost traditionally swinging blues song. The airy jazz-arrangements occasionally ranged by Latin music sounds, are carried by piano and double bass, supplemented by single strings that adorn the vocals, by carefully placed percussions and other, sometimes surprising, timbres. One of those timbres is the language. Unusual for most western ears, it is a truly unique experience: The Russian and the even more flowing Ukrainian passages enrich the chanson-like melodies with a longing melancholy and a mysterious, almost exotic appeal.

As equally personal and universal as the music, are the stories behind the songs. They tell of love – in all its shapes: “To me, love includes everything, it comes in an endless amount of shades, it’s so strong and so fragile at the same time. I need those ruptures and unpredictable ways that constitute the feeling. Uniformity is death – the highs and lows of love, that’s life to me. That is the reason my songs have all these colors, from purest light to nightly black.”

Since she was a child, music is an inherent part of her life. Natalia’s parents are musicians and she sings as long as she can remember: at family festivities, in the pioneer choir, later she did solo performances at her school in Brovary, a city on the outskirts of Kiev.

“At the end of my school career, I had the firm wish to study vocals. That was in 1991. Then the USSR collapsed almost simultaneously and suddenly there was no more room for art – for all of us, life became about getting through and surviving.” Only a short while later, her life was all about doing justice to her three children and the hectic life at the side of an international star and politician. But there is always space for music, even if only on a small scale or just for herself: “I simply have to sing, in any emotional state. If I don’t sing, then something surely is wrong with me, that’s a warning signal.”

As the children get older, she finds more time to devote herself to all the thoughts and stories she collected in her many notebooks – and to set them to music. Natalia’s encounter with Oliver Grenville is a stroke of good fortune at this point: Grenville finds her exact timbre as intuitively as if he had Slavic roots himself. “I had the urge to express my experiences in music. And I am very glad we could take so much time for it: Like a painter, who creates a picture without anyone telling him what or how to paint. Completely true and open. I believe that nothing touches people more than the truth than real, sincere emotions. That goes for me, but also for my listeners.”

That’s why Natalia sings a traditional Ukrainian song instead of one of her own songs when she appears on a stage on the Maidan Square one day. She had played a concert in a Hamburg club the previous night. When the first news of the revolution, of the first casualties in Kiev, reach Germany, she immediately decides to go home. “I didn’t plan to sing there. But when my husband and I walked through the crowd towards the stage, the situation was very tense. Singing means a lot to the Slavic People, it brings everyone together – when they sing, they open their hearts. It just poured out of me, and where I had just felt such a negative energy, for a moment, there was calm and strength.” Natalia Klitschko deliberately speaks of the “Slavic People,” she can’t and won’t abstract between Russians and Ukrainians: “We’re like brother and sister, but hate and mistrust have been planted into our souls – feelings that haven’t been there before. And now people are suffering, who, in their worst nightmares, couldn’t have imagined to be fighting each other. My album unites both languages. Maybe it is my small contribution to the reunification of the Slavic soul.”